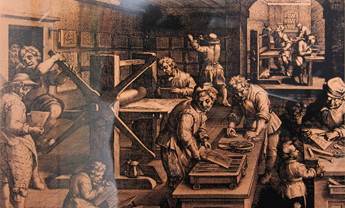 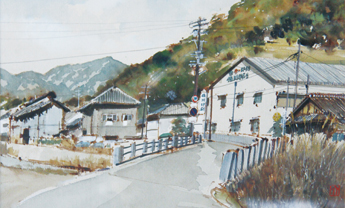 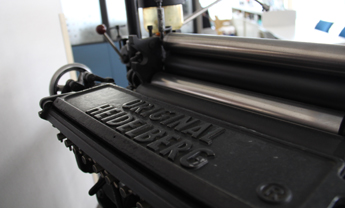 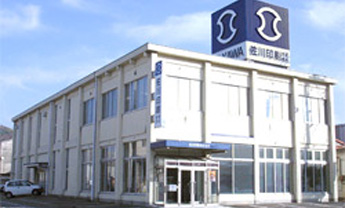 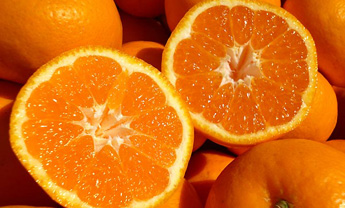 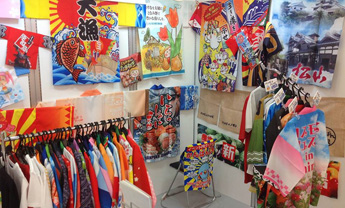 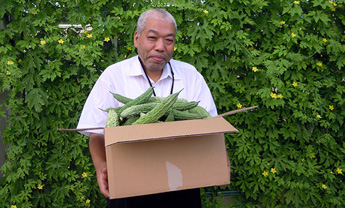 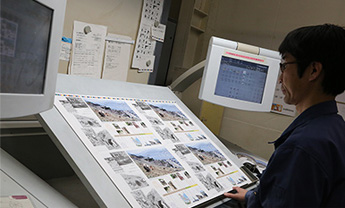 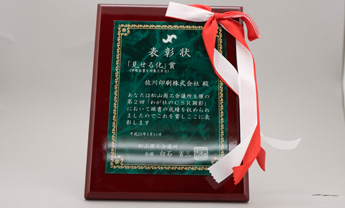 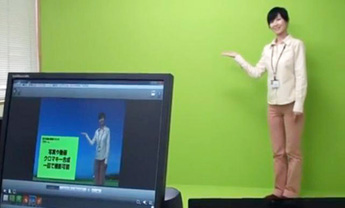 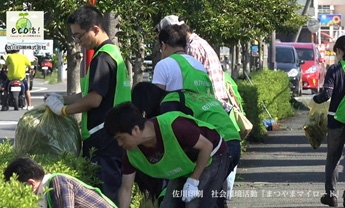 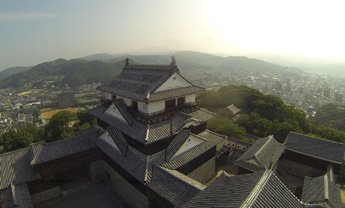 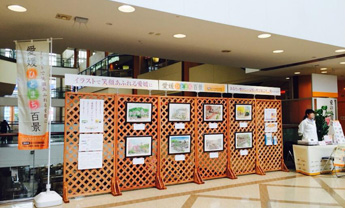 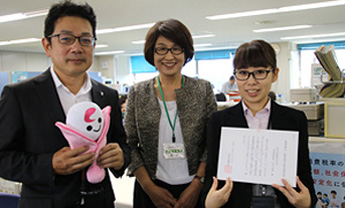 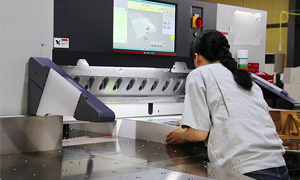 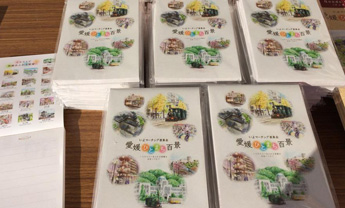 The "weight" - symbol of reliability and trust

In 1657, when Japan was divided into feudal domains known as han, the Iyo-Yoshida han split off from the Uwajima han and ordered the Sakawa family to handle financial affairs (similar to the functions performed by the current Bank of Japan and the National Tax Agency) as well as money-changing. For over 200 years, until the han system was abolished in the Meiji Restoration, the Sakawa family supported the Iyo-Yoshida han's rule under the title of "Okakeya" (money-changers).

As a reflection of the history of the Sakawa family, the design of the Sakawa Printing logo features the weight used on han currency or money-changers' signs as the symbol for money. This "weight" is still used on maps today to represent banks; it is considered a symbol of trust, reliability and accuracy.

The symbol stands for our mission both within the company and towards our customers, as it represents our highest priorities: to be trusted by society, to build trusting business relationships with our customers, and to strive for accuracy in our work. 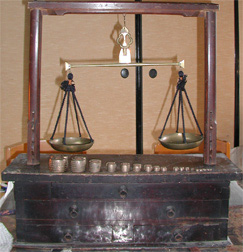 The money-changing scales handed down for generations in the Sakawa family, now part of the company logo (care of Uwajima Municipal Date Museum)

Continuous self-reform: "from generation to generation – yet original"

In modern Japanese history, three revolutions are said to have taken place. The first is the Meiji Restoration, the second is the end of the Second World War, and the third is the IT revolution and the spread of the internet.

In the Meiji Restoration (1868) the Yoshida han was abolished, throwing both the members of the clans and ordinary citizens into a new and unfamiliar environment. In particular, the merchants were dealt a heavy blow by the loss of their patrons and largest customers. As members of a special group of merchants who held both bureaucratic and commercial functions, the Sakawa family would have been among the worst affected. However, while other established families with reputations as wealthy merchants were reduced to a much lower status, the Sakawa family managed to avoid financial ruin – a demonstration of the family's pride as money-changers and their solid family tradition of self-reliance.

The task of making a new start in a radically changed era must have been a truly difficult one. However, the acumen shown by those ancestors in founding a new business as "ironmongers" was the basis for the continuation of the Sakawa family into the present. The Sakawas succeeded in this revolutionary era by following the family motto, "from generation to generation – yet original" which remains the dictum of the Sakawa family today.

The environment surrounding companies and organisations will always be in a constant state of change. It is therefore necessary to allow for this change when planning business and management strategies. When the next generation inherits a business that has long been in the family, the slogan "from generation to generation – yet original" reminds the new leaders that they are expected to take up the challenge of innovation.

After the end of the Second World War in 1945, Shigetoshi Sakawa (now deceased) founded a printing business. Due to the widespread damage during the war and major restructuring of the social system, the post-war period was marked by immense changes to society. For the Sakawa family, facing an entirely different set of conditions, the launch of a new business was particularly challenging. With the establishment of a new company in 1947 when he was already in his late forties, Shigetoshi was essentially starting from scratch – like post-war Japan as a whole.

Origins: the establishment of a letterpress printing company 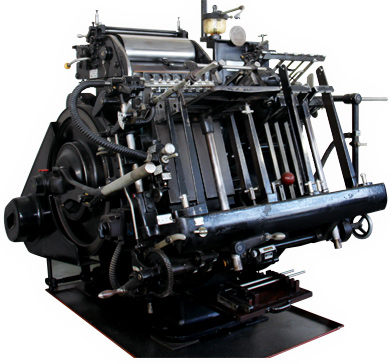 In 1947, not long after the end of the Second World War, Shigetoshi Sakawa expressed the desire to work in a cultural field and spent his entire fortune by going to Osaka and purchasing a letterpress printing press. He established Sakawa Printing in the town of Yoshida, Kita-Uwa (now Uwajima city) in Ehime Prefecture.

Initially, the new company took orders for letterpress printing jobs in Yoshida and started to expand into the surrounding area. Although Sakawa Printing was the only company of its kind in Yoshida at the time, there was a large printing company in the neighbouring town of Uwajima. This was an obstacle when trying to acquire new customers, whose typical response was, "Why should I order from a small printing company from a small town?" This was just one of the many struggles that Shigetoshi had to face and there were times when he considered giving up his new business. During the period of reconstruction after the war when there was a shortage of goods, he had travelled all the way to Osaka to buy a printing press and fallen for sales talk, hampered by a lack of business experience.

The second-generation successor to Sakawa Printing, Akira, joined the company soon after graduating from university and started helping Shigetoshi. Committed to the expansion of the family business, Akira toiled day and night, working himself to the bone. As employee numbers began to increase gradually, the company expanded its business area by relocating from Nanyo, the southern part of Ehime, to the central Chuyo district, evolving into a printing company that could cover the entire prefecture of Ehime. Akira was also keen to adopt new technology and paved the way for digitalisation, starting with the transition from letterpress to typesetting, from typesetting to computerised typesetting and finally DTP; he built the foundations of present-day Sakawa Printing with platemaking technology and offset colour printing technology. It was his insight that brought the company from a small town to the prefectural capital, Matsuyama. Even during an era that prioritised economic growth, he took care to "ensure the consistent safety and well-being of the employees"; with this in mind he preferred German printing equipment, which was expensive but provided superior safety. As the quintessential founding father of Sakawa Printing, he also had a particularly strong attachment to the Nanyo region and a fervent interest in researching and publishing books about local history.

The company continues to follow the guiding principle "from generation to generation – yet original" – "continuity and change" – maintaining printing as its core business, while also expanding into new regions and business fields.